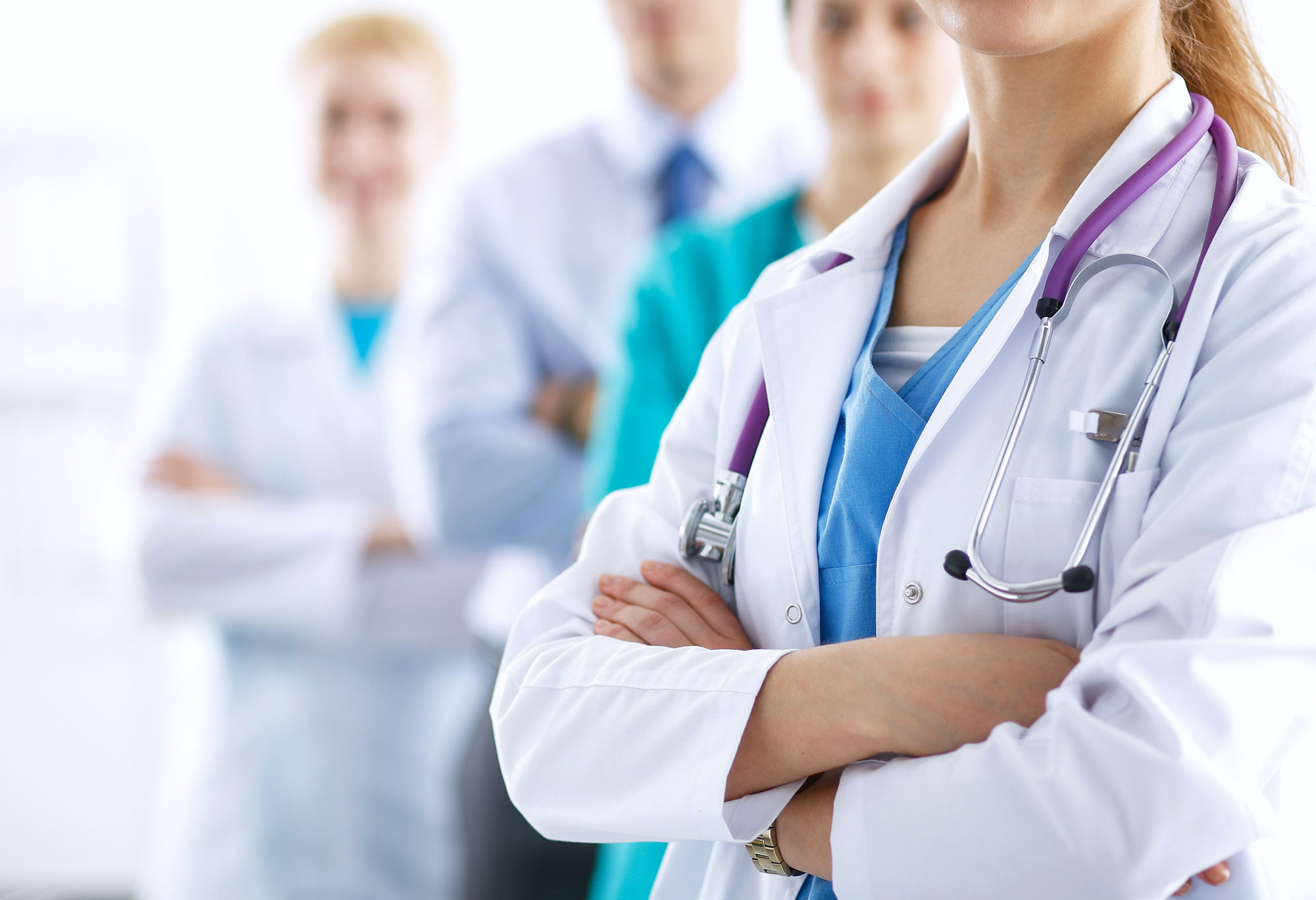 The physiology and infection of female urinary and genital tract

The physiology of urinary system:

The physiology of female genital tract:

Vaginal infection is the disruption of the healthy vaginal microbiota, common causes are: 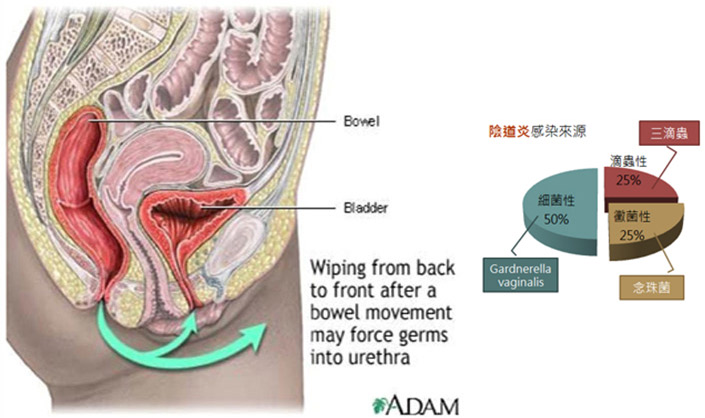 The common treatments for urogenital infection:

The disadvantages of antibiotics:

★ The fundamental treatment for urogenital infection: ★

Why the urogenital infections in women are common in Taiwan?

First of all, because of the subtropical weathers, humidity and high-temperature lead to the growth of pathogens.

Second, eastern women feel embarrassed and are more conservative regarding urogenital problems. Refuse to see a doctor is common. Instead of seeking for medical treatments, inappropriate vaginal douching is common and may lead to exacerbation.

During pregnancy, the vaginal pH will change dramatically, which may lead to fungal infection.

Recurrences of urogenital infections are common.

Length of normal cervix is about 3 cm. Cervix connects vagina with uterus.
It is the lower narrower part of the uterus. The lower end of the cervix bulges through the anterior wall of the vagina. The epithelial cells in cervix are susceptible to external stimulations which may lead to abnormal growth of cells, in other words, cervical cancer. 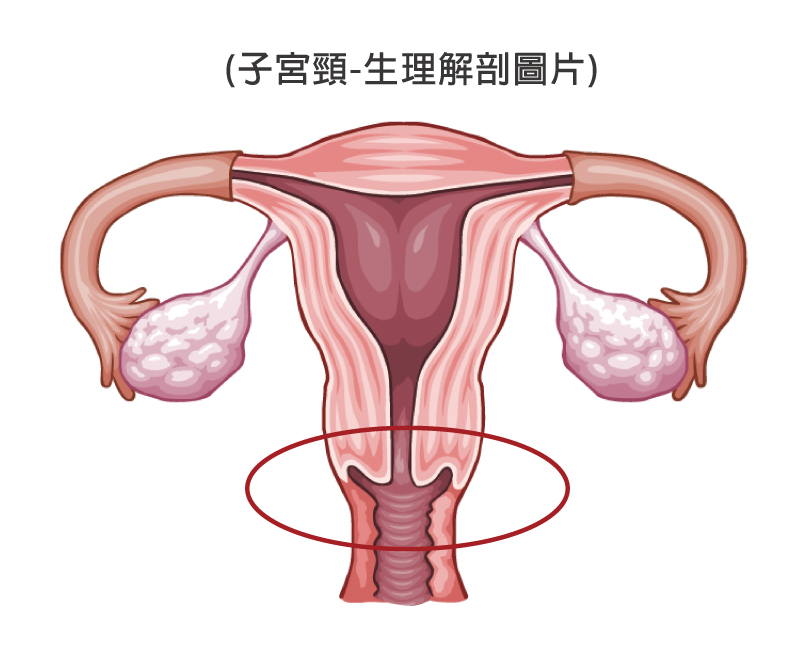 Cervicits:Most cervivits were caused by vaginitis. Vaginitis was caused by pathogens (e.g. C. albicans and HPV) which may further lead to carcinogenesis.

SIN and CIN are measurements for cervical cancer development stage.
SIN is for the cervical smear test
CIN is for pathological diagnoses.

If we can diagnose and treat before onset stage, we can prevent fatal cancer invasion.

According to the morphology of cells: 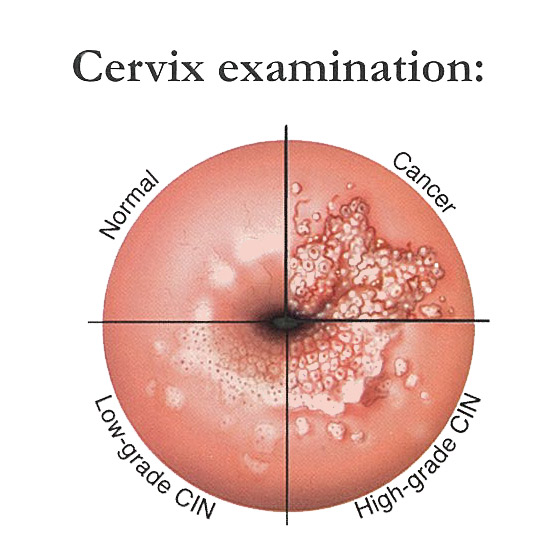 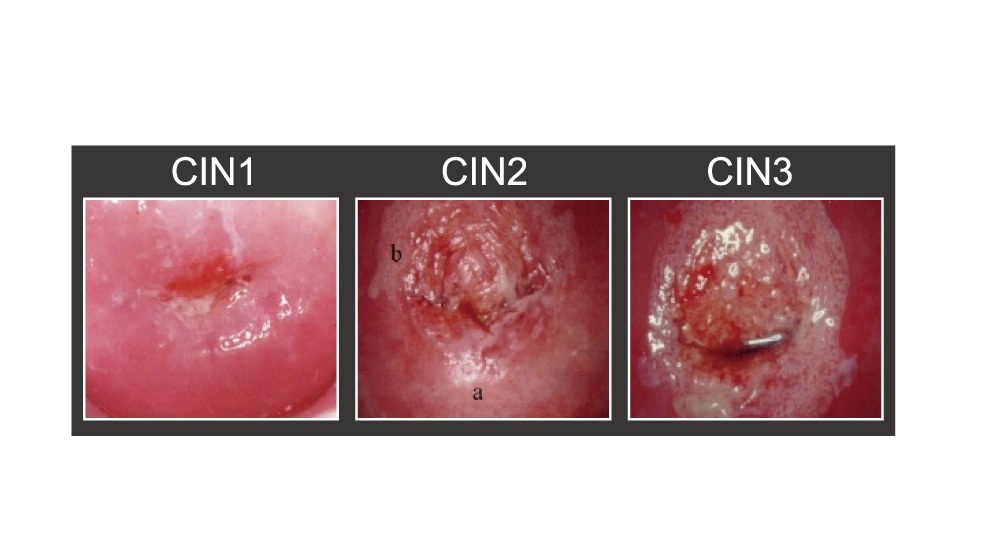 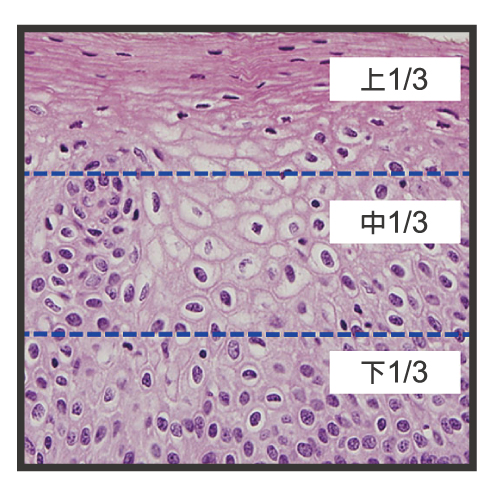